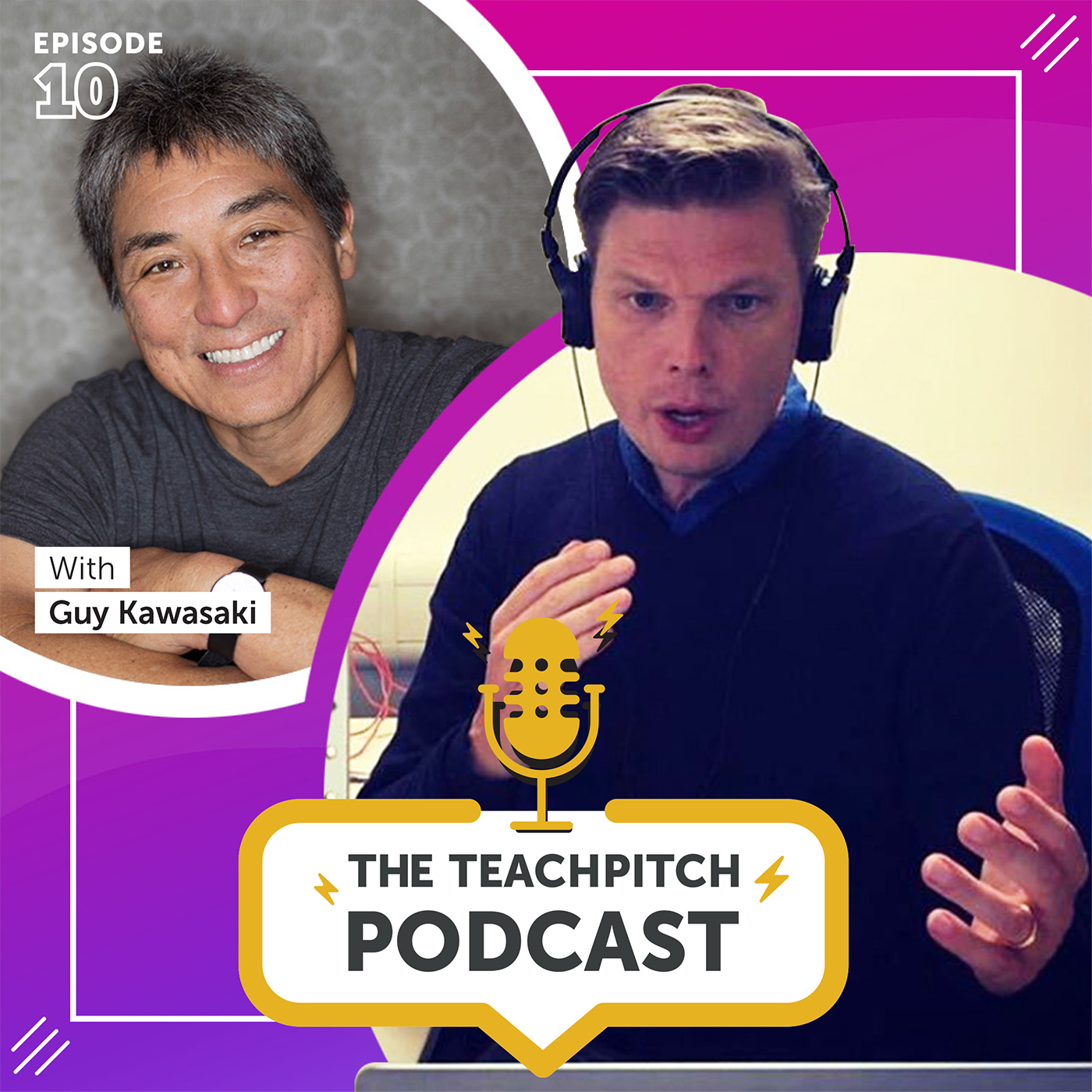 Aldo speaks with Guy Kawasaki about all the challenges that he encountered in his 30 years career path as a  Chief Evangelist and we speak about why he considers his Podcast ‘Remarkable People’ to be his best writing project to date. Guest Introduction:  I am relatively new to the exciting world that is called Podcasting. Thus far it has been a wonderful adventure speaking to so many different and very interesting guests. Editing our interviews to perfection, adding the music, writing up the show notes and then rolling the drums on social media and to our community to make sure the world knows who we are.   I, for one, absolutely love it and – even though it is still very early days with Episode 10 of our first season – I do believe I have found a new passion.  But my next guest excels in it.  His Podcast series ‘Remarkable People’ is an oasis of calm in the ever growing desert of rapid, virtual byte-sized information that is flying around us. As a listener of Remarkable People  you are allowed to take a bit more time and to listen. Genuinely listen and then reflect.  Its host Guy Kawasaki is known for a LOT more than just this podcast. Former Chief Evangelist at Apple, Current Chief Evangelist at Canva, author of 15 books such as The Art of the Start 2.0, The Art of Social Media, Enchantment and Wise Guy.    Guy is also known as a Venture Capital investor and lectures as an Executive fellow of the Haas School of Business at UC Berkeley and adjunct professor of the University of New South Wales.  Loads of things to do – all next to being a father of four and undoubtedly being  a loving husband to his wife Beth.  Personally I would describe Guy as an absolute ‘gentleman’. Someone who has  managed to create this big-hearted online omnipresence that makes us all feel good.  Guy speaks and writes with a lot of grace and style but in a very grounded and approachable way. He is also focussed on genuinely adding value to any conversation he is involved in – sharing something new and positive with the millions of people who follow him on social media or listen to his Podcast.  Guy Kawasaki very much deserves all the buzz that is going on around him and yes, yes – I also want to be a Guy Kawasaki when I grow up.  But my guest remains very normal through all of this soberly answering the following to a New York Times journalist curious to find out his secret.  “Success in business comes from the willingness to grind it out. It’s not because of the brilliant idea. It’s because you are willing to work hard. That’s the key to my success.”